One task that takes up the most time and priority in your daily schedule is organizing your prospects and making sure that their status is up to date. Specifically:

Between keeping up with incoming leads while simultaneously keeping track of the current residents, this can become overwhelming to manage. Luckily, my.hy.ly has a solution for this.


hyCRM, also known as hy.ly Customer Relationship Management, is designed with a pipeline layout so agents have an easier time keeping track of their prospects and where they are in the leasing lifecycle. In this overview, we will look at the general elements that make up the visual pipeline, and how it organizes prospects.


When you log into your my.hy.ly account and click on a property's hyCRM app, you will notice that all of your prospects will be grouped under several columns. These columns are sub-statuses from the Active status, and display how engaged an active prospect is. To view the sub-statuses for your residents, click on the dropdown that will say "Active Pipeline" and switch it to "Customer Pipeline". 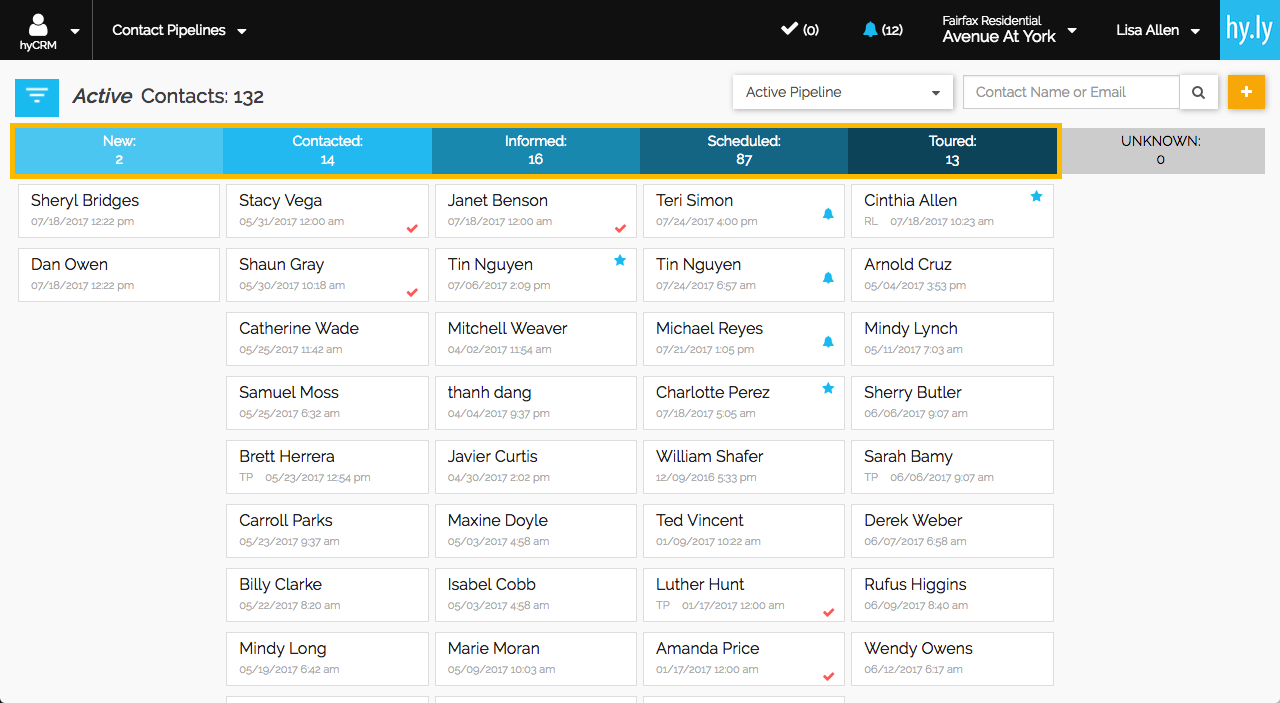 The pipeline auto-populates and re-prioritizes your most recently active contacts, starred contacts, and contacts with due - or overdue - tasks. This gives agents a clear picture of your top contacts and allows agents to focus their time on contacts most interested in leasing at your community. When you click the "Show Less Active" link at the bottom of a pipeline section, it loads additional contacts and separates them with a line. Less active contacts are still prioritized with our ranking system.

A prospect's CRM tile will contain their name, if an agent has been assigned to them, the date &amp; time when they became a prospect, and can have status icons on the right side of the tile.

Prospects that have a star icon (the icon near the top right corner) have been marked to show that they are a strong prospect likely to lease at your community. It is important to keep these prospects on top of leasing agents' minds.

Prospects marked with a bell icon (the icon in the middle) shows the agent that the prospect has recently done a specific action, such as clicking on an email, scheduling a tour, opening an email, etc. Agents will want to visit the prospect's timeline to see the details of their recent activity. 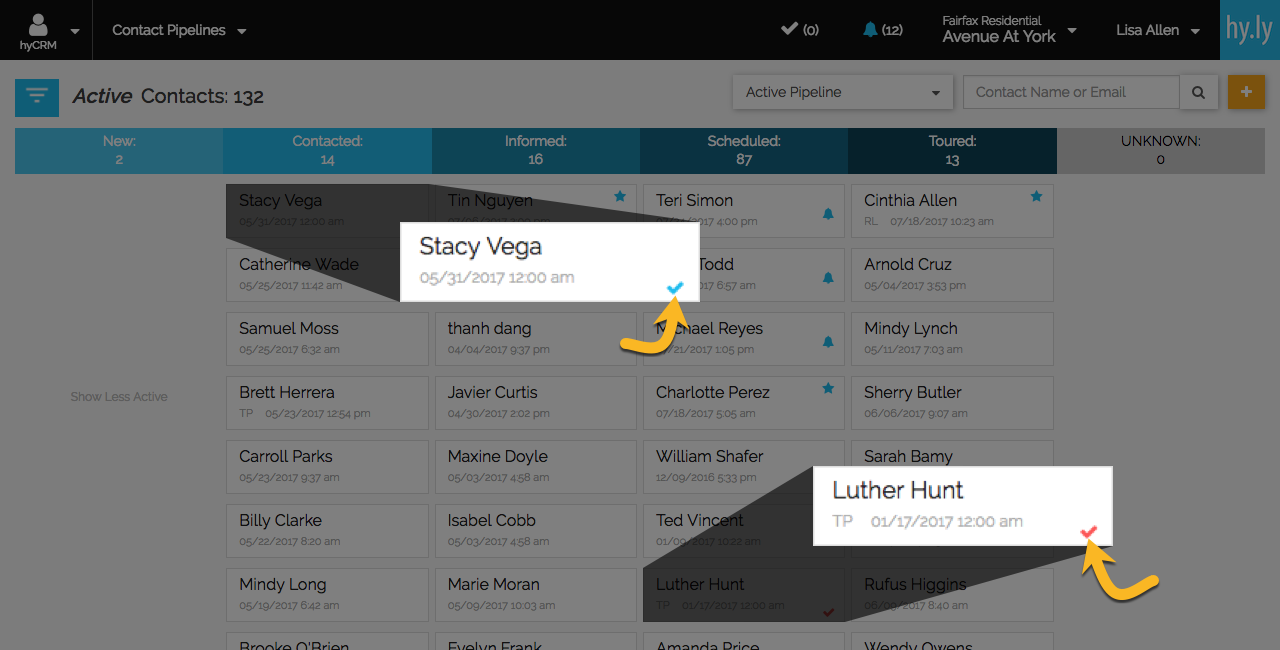 And that covers how the CRM Contact Pipeline works, and how your prospects are organized.