In your Automation app, you can create or customize Arties to automatically keep prospects informed when they schedule tours. There are several pre-made options for hyTours automations.

In this overview, we will go over the pre-made automations that you can select from if you are using the hyTours app.


While you can use the hyTours and the hyCRM to manage scheduled property tours, you also have to manage additional elements. This includes making sure tours are closed out, noting if any tours have been cancelled or rescheduled, and making sure what tours are happening or are going to happen. Additionally, you also want to make sure that your prospects are either informed about their upcoming tour, or are still planning to tour. However, you can use specific tour automations to help out with all of these issues, and easily streamline actions.

If a prospect decides to reschedule their tour, this automation will activate once they go through with this action. A message will be automatically sent to the prospect confirming the date and time of their newly rescheduled appointment. An agent will also receive an automated message about the rescheduled tour.

If a prospect decides to cancel their tour, this automation will be activated. A message will be automatically sent to the prospect confirming that their appointment has been cancelled. An agent will also receive an automated message about the cancelled tour.

The night before a prospect’s tour, this automation will send a message to the prospect, reminding them not to forget that their tour is tomorrow. An agent will also receive an automated message about the tour appointment tomorrow. 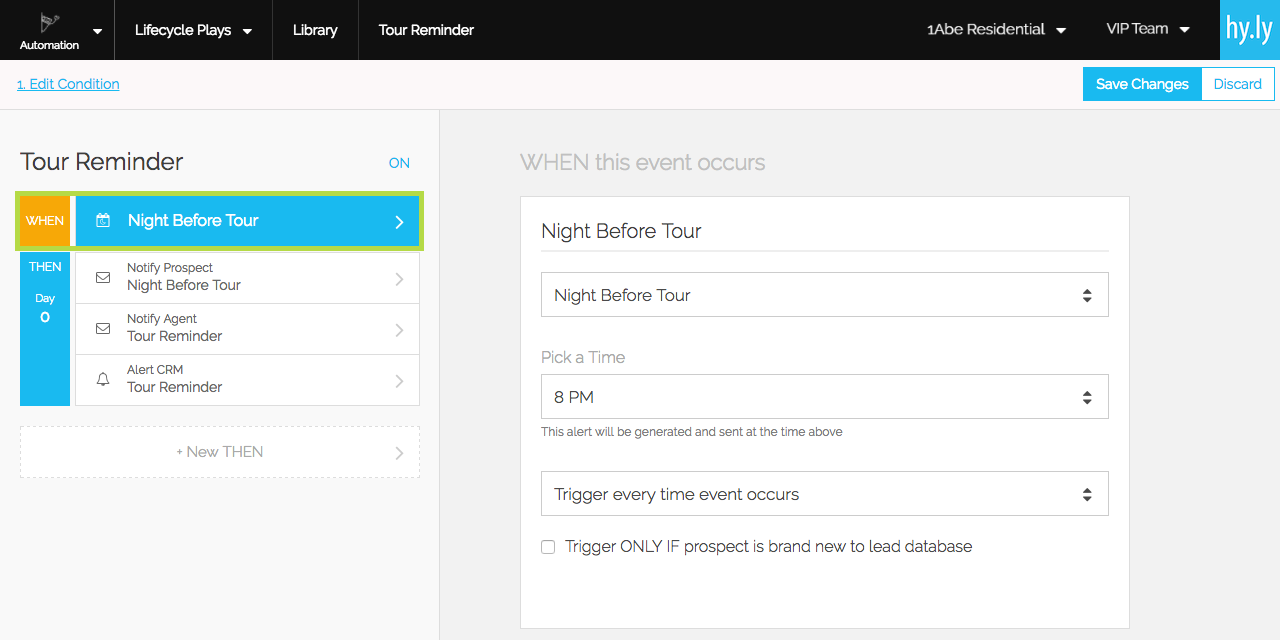 When an agent marks a prospect’s tour is complete, this automation will activate and send an automated message to the prospect, thanking them for touring and to reach out if they have any questions or comments.

Tour Not Closed Out:

If a tour that recently happened was not closed out under the hyTours calendar, this automation will be sent to an agent, reminding them that they will need to close out the tour.